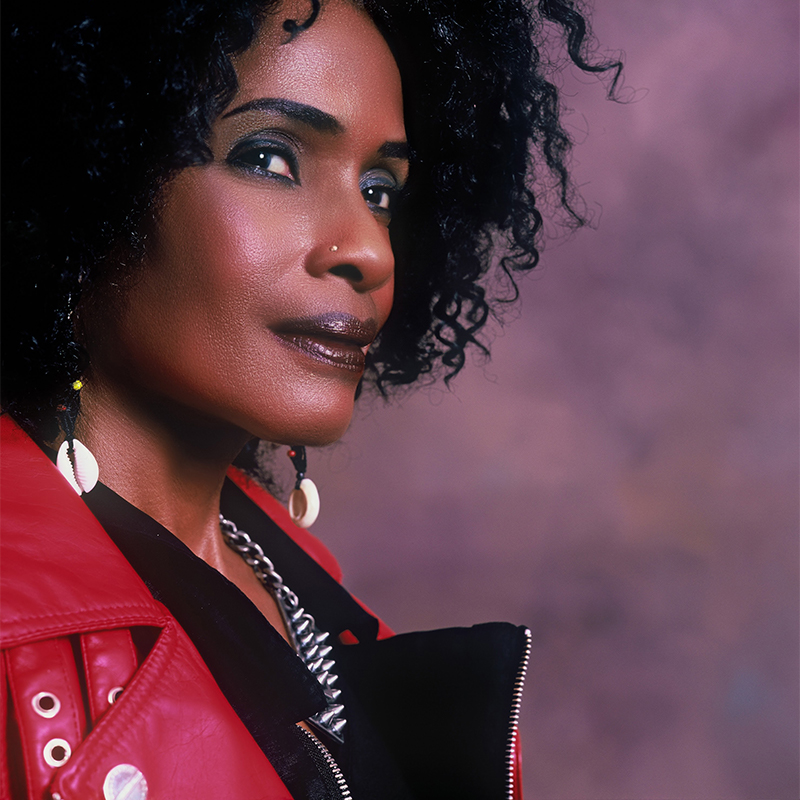 Ms. Kahlil’s interest in music was evident at an early age. She was a member of local choirs in her native Buffalo, New York, and during her high school years performed as a vocalist with the Buffalo Philharmonic Orchestra in several productions, including Porgy and Bess, Carmen Jones, and The Messiah. During this time she also sang the role of Monica in a special WGBH production of Menotti’s The Medium, and performed at Carnegie Hall in Julius Eastman’s avant-garde composition The Thruway. She worked concurrently with the Studio Arena Theatre where she was awarded a full scholarship, and The Buffalo Black Drama Workshop, where she became interested in the music of such jazz artists as John Coltrane, Leon Thomas, Betty Carter, Yma Sumac, and Pharoah Sanders, to name a few.

By the time she entered college as a theatre student at Northeastern University in Boston, it was clear that Ms. Kahlil had an intuitive inclination for vocal jazz. Although her formal training had been in European classical music, she began experimenting with innovative, improvisational vocal techniques. During the same period, she studied voice and music theory at the New England Conservatory of Music, and performed with Ebony Jua, a local jazz ensemble that toured the east coast music circuit. While at Northeastern, Aisha directed M(ego) and the Green Ball of Freedom, Where we at? , a play by Martie charles, and performed and directed Sister Sonji, by Sonia Sanchez.

Following her studies, Ms. Kahlil spent three years in the Bay area, where she worked as a vocalist and dancer with the Raymond Sawyer Theatre and Halifu Productions, while performing and recording with the avant-garde jazz trio Infinite Sound. She then returned to Boston, and there worked with such groups as Stan Strickland and Sundance and The Art of Black Dance and Music, in addition to teaching at the Institute for Contemporary Dance, The Joy of Motion, the Boston Center for the Arts, and as a consultant to the Boston public school system.

Ms. Kahlil’s artistic pursuits have taken her to New York City, where she studied extensively at the Alvin Ailey School, and with Frank Hatchett, Pepsi Bethel, Fred Benjamin, and Emiko and Yasuko Tokunaga. She also appeared in the Joseph Papp off Broadway production of The Haggadah, co – composed and performed in the musical Two Thousand Seasons, and danced with such companies as Titos Sampas’sTanawa. During this time, she also performed with Talib Kibwe( T.K. Blue) and Abdullah Ibrahim (Dollar Brand), and with Sun Ra and his Solar Arkestra.

Since her arrival in Washington, D.C., she has worked with the D.C. Black Repertory Theatre and with Brother Ah and the Sounds of Awareness, and has been a featured artist in the Smithsonian Institution’s Jazz in the Palm Court, in which she presented a special performance of the music of Gertrude “Ma” Rainey; the Queen Mother of the Classic Blues, to rave reviews. Aisha has taught and performed for the African Heritage Dancers and Drummers, as a dancer in Kankouran, and taught at the Dance Place. She also served as artistic director for the Youth Ensemble of Dancers and Drummers at the Levine School of Music, directed and choreographed for the First World Dance Theatre, and co directed and performed for the First World Productions, where she also co wrote with Nitanju Bolade Casel the original production Bright Moments in Great Black Music. As a member of Sweet Honey in the Rock, Ms. Kahlil has been voted Best Soloist by the Contemporary A Capella Society, for her work on her composition Fulani Chant, and also for her rendition of See See Rider. Her original composition Wodaabe Nights has been featured in the film soundtrack Africans in America, and her composition Fulani Chant has been included in the film soundtrack Down in the Delta, directed by Maya Angelou, as well as the soundtrack Climb against the Odds, a film produced by the Breast cancer Fund. Ms Kahlil’s film credits include Beloved, starring Oprah Winfrey and directed by Jonathan Demme, and with Sweet Honey in the Rock and James Horner, has written and recorded original music for the soundtrack of the TNT filmFreedom Song, starring Danny Glover and directed by Phil Robinson. In 2005, Aisha was a finalist with her own band MyKa and the whole World Band in the annual contest Battle of the Bands, sponsored by Discmakers, and is a winner in the International Songwriting Competition’s (ISC) performance category with her original song, The Jewel Light.

Aisha has toured with her band in the islands of Hawaii; performing at the Four Seasons Lodge at Koele, at Cassanova’s, and at Studio Maui, where she also taught workshops in vocal improvisation and movement. She has recently presented her signature workshops at the Kripalu Yoga Institute.

Journey to My-Ka is her first solo release, and is a compilation of her own original compositions and arrangements.