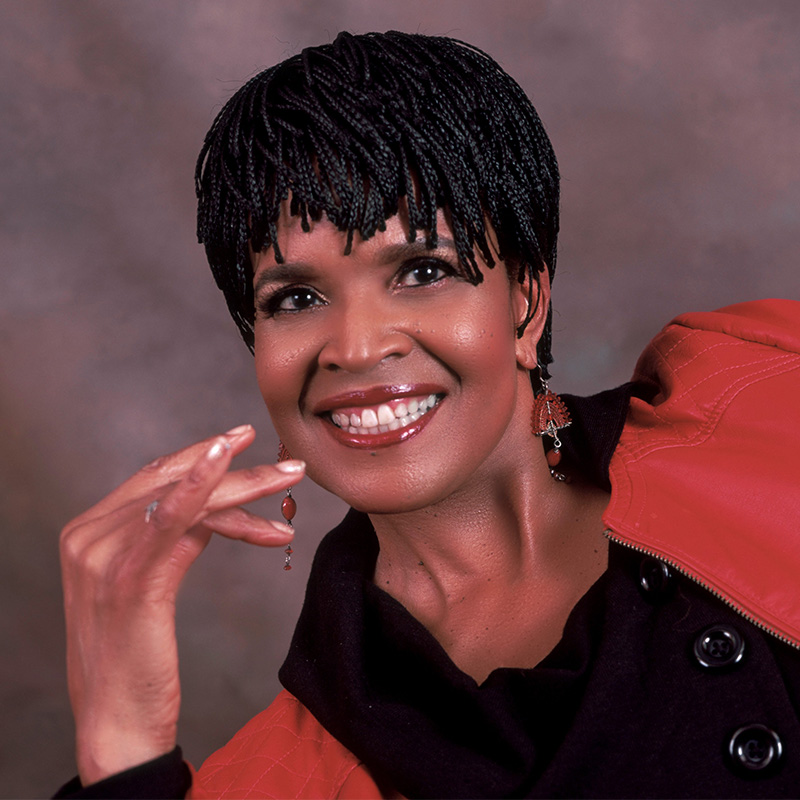 Nitanju Bolade Casel joined Sweet Honey in the Rock® in 1985. Combining her roles as a dancer/ choreographer/ singer/ songwriter/ producer/ wife/ mother, she has also served the group for over 25 years in the position of Treasurer. The former Assistant Artistic Director of the Art of Black Dance & Music and Director of the Young Afrique Dance Company in Massachusetts, has taught in multiple dance centers, including Boston University, Roxbury Community College, Joy of Movement Center and more recently at Wesleyan University. She has volunteered with the National Association of Music Educators as a public service announcer, and donated the use of her composition, Run to Respond, Inc. (New England’s first domestic violence agency). After years of studying, performing, and cultural organizing in the U.S. and abroad, she co-founded Artistes Des Echanges Africaines, in Dakar, Senegal, which worked in alliance with local artists and organizations to strengthen the cultural ties between African and African American culture. Her film credits include Beloved, Freedom Song, and The Box and in May 2012 she received an honorary doctorate degree from the Chicago Theological Seminary.

Through her publishing company, Clear Ice Music, her compositions have been licensed in multiple disciplines, including the 2006 Australian Broadcasting Company’s educational series, Sing!, Pearson’s Educational series, and Mystic Seaport’s, Black Hands, Blue Seas: The African American Maritime Experience. Nitanju placed as a finalist in the International Songwriter’s Competitions (2006, 2007); The Great American Song Contest (2011); Runner Up in the Song of the Year Contest (2011); and finalist in the 2013 John Lennon Songwriting Contest. As Producer of the Grammy nominated recording, Experience…101, and A Tribute – Live! Jazz at Lincoln Center, she also produced Sweet Honey in the Rock’s most current release: #LoveInEvolution. Nitanju currently resides on the East Coast with her husband, Oso Tayari Casel (a Martial Arts legend) and son, Obadele – (a hard working college student).