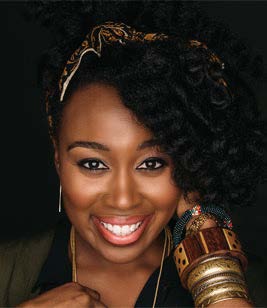 Described as “beautiful, spiritual music, steeped in Rice’s trademark fusion of jazz, pop, and soul/R&B,” Rochelle released her debut project, WONDER— complete with beautiful original music, a sizzling quartet, and lush strings. WONDER is a strong first showing of what is sure to be compelling music career.

Increasingly in demand, Rochelle’s versatility and unique skills as a singer, composer, and clinician have allowed her the opportunity to work with some of the industry’s most acclaimed musicians, including touring with the internationally renowned a cappella ensemble, Sweet Honey In The Rock®, and performing with Grammy-award-winning rock music icon, Melissa Etheridge. In 2017, Rochelle was invited by the US Embassy in Nassau, Bahamas to present concerts for Jazz Appreciation Month, and to teach master classes and workshops for elementary through high school students and students of the University of The Bahamas. Also, in 2017, Rochelle sang the part of “Ruby Bridges” in the Washington, DC debut of internationally acclaimed award-winning composer, Darrell Grant’s, Step by Step: The Ruby Bridges Suite. Rochelle closed the year as a DC Commission on the Arts and Humanities Grantee.

Rochelle received her Bachelor of Music degree in classical voice from East Carolina University, and her Master of Music degree, in jazz studies, from Howard University. While at Howard University, Rochelle was a member of the multiple DownBeat Magazine award-winning premiere jazz vocal ensemble, Afro Blue, and was mentored by the award-winning and well-noted arranger, clinician, and jazz vocalist, Connaitre Miller.

Dedicated to social justice and presenting music that transforms and heals, Rochelle has performed at protests, social justice rallies, and recently sang in honor of the work of Congressman John Lewis and for the Grand Opening and First Anniversary Celebration of the National Museum of African American History and Culture. Through her work as Education Program Manager for DC Jazz Festival, she has written curriculum for DC Public Schools and helped to expand the scope of the Festival’s year- round education programming. As a Music Education and Social Justice Advocate, she has been invited to present her interactive and intergenerational programming both nationally and internationally.