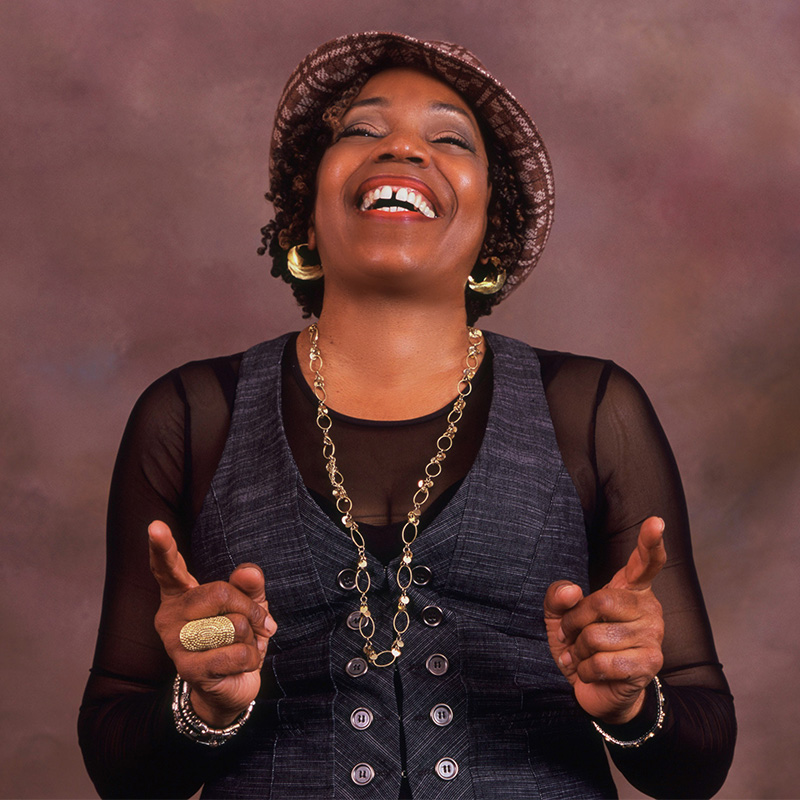 Louise Robinson is a native New Yorker whose sights were set on being a performer at an early age.

A graduate of Music & Art HS, Louise continued her studies at Howard University, earning a BFA before beginning her professional career at Washington, D.C.’s Arena Stage. With an invitation from actor Robert Hooks, she became a member of the new, D.C. Black Repertory Company Acting Ensemble. It was out of this theatre company that Louise along with Carol Maillard, Bernice Johnson Reagon and Mie, formed the acappella quartet, Sweet Honey In The Rock. The rest as they say, is history.

Louise’s colorful career has taken her up many paths, including performances both on and off-Broadway. Her credits include performing as Ronnette in Little Shop of Horrors – in the L.A., National Touring and New York company productions.   She has also worn the producer’s hat as she, along with Maillard and Smokey Ronald Stevens, produced A Sho Nuff Variety Revue – a series of performances at the infamous Villiage Gate, showcasing some of New York’s finest talent, including Adolph Caesar, Sandra Reeves Phillips, and legendary tap dancers Gregory Hines, Avon Long, and Joe Attles.

Louise returned to Sweet Honey In The Rock in 2004, and is honored to return to the stage where it all began. This is where theatre and music combine to offer an experience that explores the creative freedom in us all.